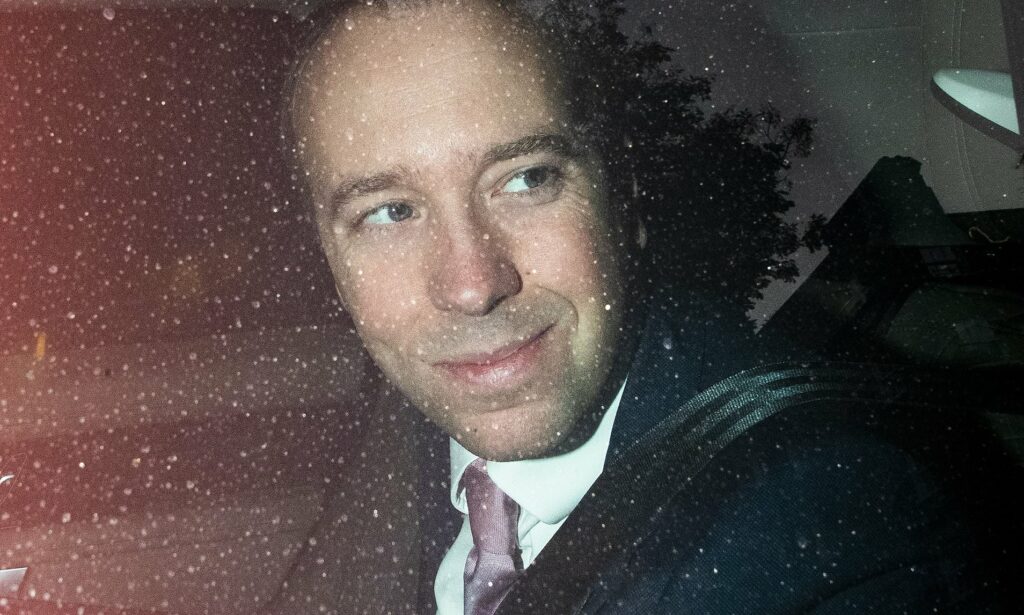 The High Court ruled this morning that the UK government acted unlawfully by discharging Covid patients into care homes. Judges concluded that there was no evidence that the Health Secretary at the time Matt Hancock, addressed the risk to care home residents.

The Department for Health and Social Care (DHSC) had claimed that during the pandemic it had put a “protective ring” around care homes.

However, High Court judges ruled on Wednesday that the Government’s policy of discharging patients from hospital to care homes at the start of the pandemic was “unlawful” because it “failed to take into account” the risk to elderly and vulnerable residents from non-symptomatic transmission of Covid.

They said that, despite there being “growing awareness” of the risk of asymptomatic transmission throughout March 2020, there was no evidence that Matt Hancock, the then Health Secretary, addressed the issue of the risk to care home residents of such transmission.

The case was brought forward by Dr Cathy Gardner and Fay Harris whose fathers, Michael Gibson and Donald Harris, died after testing positive for coronavirus.
Jason Coppel QC, the barrister representing the two women, told Lord Justice Bean and Mr Justice Garnham that between March and June 2020 more than 20,000 elderly or disabled care home residents died from Covid in England and Wales.

Mr Coppel said the fathers of both Dr Gardner and Ms Harris were part of that “toll”.

“The care home population was known to be uniquely vulnerable to being killed or seriously harmed by Covid-19,” wrote Mr Coppel.

“The Government’s failure to protect it, and positive steps taken by the Government which introduced Covid-19 infection into care homes, represent one of the most egregious and devastating policy failures in the modern era.”

He told judges: “That death toll should not and need not have happened.

“Put together, the various policies were a recipe for disaster and disaster is what happened.”

It’s a lot worse than the High Court thinks.

Last year, the journalist Jacqui Deevoy broke arguably the most important story of the past decade. She uncovered incontrovertible evidence that senior citizens were being euthanised in care homes and hospitals using a drug called Midazolam which suppresses the respiratory system.

Jacqui presented her evidence to nearly 30 newspaper editors in the UK.

None of them would touch the story.

Richie Allen is the host of The Richie Allen Radio show, Europe's most listened to independent radio show and is a passionate supporter of free speech. He lives in Salford with the future Mrs Allen and their two dogs.
All Posts
5 1 vote
Article Rating
Login
Please login to comment
8 Comments
Inline Feedbacks
View all comments

HI guys,I have this link for the EPOCH news regarding the nearly 800 athletes having suffered after the injections. Excellent article (with links)- A Staggering Number of Athletes Collapsed This Past Year Read more: https://www.theepochtimes.com/a-staggering-number-of-athletes-collapsed-this-past-year_4413773.html?utm_source=ref_share&utm_campaign=he-cc If you don’t have an account with The Epoch Times yet, you will automatically receive another email with a link that gives you free access to read the article, and also an invite to try full access of the entire website.

“Unlawful” but not “illegal”? Thousands should be prosecuted for participating in this organized killing system, but don’t hold your breath waiting for justice.

As I don’t believe in the Convid hoax, in my opinion those discharged from hospitals were denied treatment and had dnr’s placed on them. They were in hospital for a reason and Doctors were hiding under their desks rather than visiting care homes. With no family visits and Midazolam Matt using vast amounts of the death row drug they had no chance.
Being exposed to a fake virus was the least of their problems. We all know by now the tests were used fraudulently and cases mean absolutely nothing.

It might be that my memory has failed me somewhat, but as I recall elderly people in early 2020 were not largely discharged into care homes with Covid, they were patients with a variety of respiratory infections discharged to free up beds for expected Covid patients.
Likewise, the notion of asymptomatic spread did not really hit the press until the summer of 2020.

As I said, it might be that memory is not serving me accurately, but I detect some subtle revisionism going on here.

Disgraceful. I am a nurse working in care homes in Wales and this was done. Initially the patients weren’t tested and just sent into the homes exposing vulnerable elderly people to Covid. They were also clearing out the wards and “dumping” anyone in the care homes, most of them didn’t have any choice.
They then had the audacity to insist all social care staff were jibby jabbed to prevent them from transmitting Covid when they had already been exposed to it.
My concern is that noone will be prosecuted/held account for this. They always crawl away leaving their trails of slime behind.

Hi Debbie I really do get your sincerity but did you yourself administer midazolam and morphine to your care patients? Yes or no?

There is still a big question mark regarding his death. I am today writing to my MP ( good mates with Hancock apparently)to ask him to investigate whether Midazolam was administered to my brother!

So sorry to hear about your brother and may he rest in peace. my father in law was admitted to the hospital and was killed 100%. the night before i was in his kitchen with his doctor who is my doctor and she said she was prescribing midazolam and morphine, i was his carer and i told her that he was too ill to have a high dose, and she promised his dose would be a low dose. the next day after he was killed by DNR, a prescription of midazolam and morphine was delivered to his house for 5-10mg of midazolam to be administered with morphine, i still have the prescribed boxes! he didn’t have covid he had copd with 2 jabs and a booster, 3 days later they put a DNR on him without our consent and he was dead before we got to the hospital. These bastads know what they are doing and woe to them murderers.