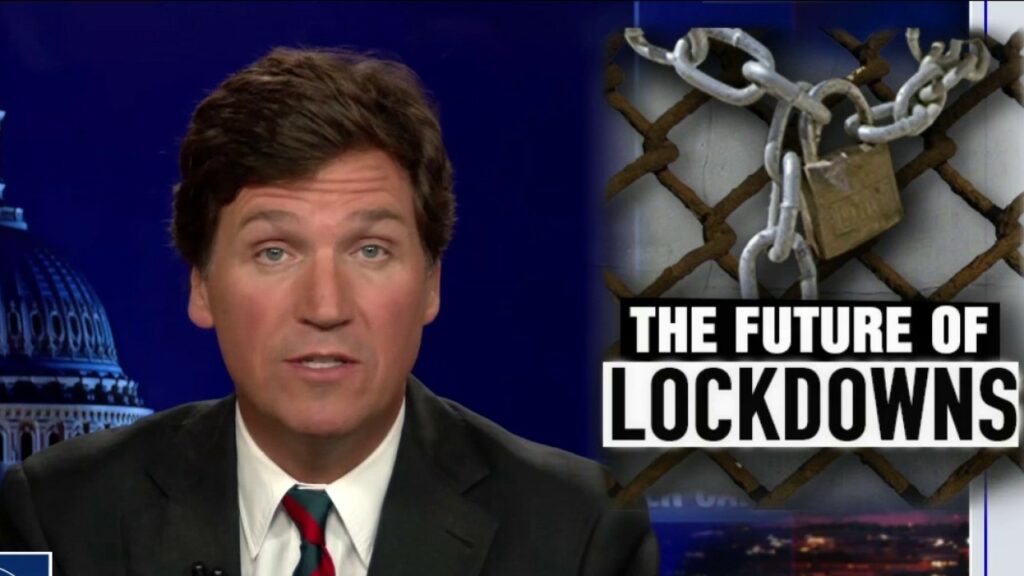 Climate Depot’s Marc Morano told Tucker Carlson on Tuesday, that there are plans to use lockdowns to tackle climate change. Morano has seen World Health Organisation memo’s, including a report from a staffer who called for lockdowns to fight climate change.

I called this a year ago on The Richie Allen Show. I was stunned at people’s compliance with the first lockdown. It occurred to me then, that some time in the near future, climate change might be used to justify confining us to our homes and limiting our right to travel.

I thought if they can get away with this using the excuse of a relatively harmless virus, why not climate change?

I said I believed that some day soon, driving would be rationed to reduce our carbon footprint. In a given neighbourhood, people living in houses with even door numbers, might be permitted a Sunday drive on the first and third weekends of the month.

Those living in odd numbered houses would be permitted to take the car out on the second and fourth weekends. It might sound crazy, but as Marc Morano has discovered, they are openly discussing using lockdowns to save the planet.

Marc Morano of Climate Depot will be on The Richie Allen Show next Wednesday June 30th for an extended interview.

Richie Allen is the host of The Richie Allen Radio show, Europe's most listened to independent radio show and is a passionate supporter of free speech. He lives in Salford with the future Mrs Allen and their two dogs.
All Posts
4.3 15 votes
Article Rating
Subscribe
Login
Please login to comment
174 Comments
Inline Feedbacks
View all comments 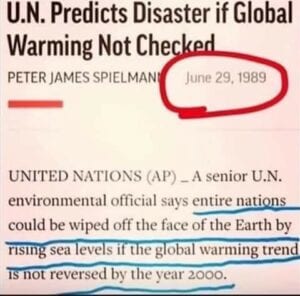 I have added the two latest videos. Originally attempted with a short notice – but they removed it. Permitted without any commentary. Have to try to be sneaker than they are. Or….. write it in coded form. I couldn’t be bothered with that attempt, just relieved to have outwitted the censors!!!

A lot of interesting perspectives well worth a listen.

Have to add the bitshoot dot com before it.

I just can not believe how gullible people in this country and the world have become, some of them are so easily brain washed and almost scared of their own skin. Frightened to die means you are not living so for goodness sake wake up all you brain washed souls and START LIVING. Those that wear masks, they help to make you ill or eventually die but you wear them thinking they will keep you alive, HOW SAD IS THAT.
Unless you wake up as Richie said the next big thing will be climate control, THEN WHAT.

They are right.
We have gone from a climate of Normality” to a climate of “New Normal” which includes illness, depression, death, destruction of lives and the economy.

Agree with you Ron.
Majority of people are dumb or can not be bothered to even research or look for an alternative opinion.
Can watch 90mins of Football but refuse to spend 1 hour looking or listening to something that may save them or their families lives.
Pathetic.. 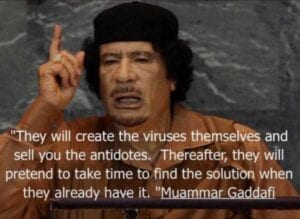 This is a better podcast version of the Stew Peters Show. Still has annoyingly inappropriately placed ads. I don’t necessarily subscribe to all the content but very interesting and worthy of consideration.

Last edited 1 month ago by Brenda
3

British Airways (@British_Airways) Tweeted:
@kmacbean123 Sadly four members of our pilot community passed away recently. Our thoughts are with their family and friends. However, there is no truth whatsoever in the claims on social media speculating that the four deaths are linked. Julie
https://twitter.com/British_Airways/status/1405606519631007748?s=20

Denial as usual but the claim is they had been recently jabbed.
Pilots from other airlines have suffered similar fate.
Would you want to fly on a plane with this occurrence?

Some useful current topics on this podcast

Anyone know of an English language version/equivalent of the video beneath?
Would appreciate it, thanks.

A more haunting rendition of S &G song – a version a neighbour used to boom in his car while giving it a wash. An oxymoron wasn’t lost on us!!

But it potentially packs a stronger punch.

Especially to those who struggle with their hearing… vision …. & speech!!

If you catch my drift….

A street I used to live in eons ago…..the various macho types out – car doors wide open while valeting their ‘wheels’ and having a pumping stereo on cassette (lol) to outdo each other with their systems. Felt for the wildlife on the verge of the countryside. Stones, Mud, Doors, L Zepplin, James Taylor, Cream, Johnny Cash – you name it, all in the mix. Then the inevitable happened – mangled tapes after constant rewinds.
Won’t be so rude as to ask as to you whether or not you remember!!

My childhood was the seventies.. teens in the eighties.

And the real rock music dates back to that genre..

Way younger than me!! You’d probably be surprised, shocked even, by what I like from today’s music. But fantastic rock 70’s, 80’s and some into the 90’s

I love good music, so if/when I hear it, l’ll know it.

And nowadays it’s usually the Indie or lesser known stuff that captures my imagination… (But not always!)

I love music in its pure form…
Proper bands, playing instruments… No auto tune and gimmicks..

Just old school sounds and uniqueness works best for me.

Here’s a couple I recommend from Winger (possibly already on your list).
Kip has something of the Dave Coverdale hair about him.
Sure you’ll enjoy the videos at the very least!

What’s the bets one of the Giants will be sited in Jerusalem?

I’ve always liked this song but my goodness it hadn’t occurred to me how relevant the lyrics are to our times.

Very very relevant Jennie!!
And even more so to that Giant AI insanity that’s planned for 21 cities around the globe..
(To include Dublin!)

A gargantuan abomination that will be used to brainwash and dumb down the already zombified masses even further!!

They’ll even pay for the privilege (with their digivax ID QR codes or canine microchips… Or both!!)!!!

Do you think they will all gather around to worship these idols on St. Paddy’s Day?

That and any WOKE idol you can think of!!

And big pharma floats in the parade too!!

Sure you’re not on the planning committee?

Paint the whole world with a “RAINBOW”

Last edited 1 month ago by Brenda
1

And for the PC carnival – a rainbow float!!

As the quote from Rummel above indicates, those in government, and those that control government, are nothing more than mass murderers. They as individuals, either directly sanction murder, support the system that prosecutes murder, stand silent in the face of murder, or turn their heads the other way in order to allow murder. These distinctions are irrelevant from the perspective of blame, for without this cooperation, the killing would be much more exposed, and therefore less likely to occur. Please do not mistake my comments as placing actual blame on such abstract entities called government or state, but on each and every individual that participates in the governing process that causes or leads to the slaughter of innocents….

I understand that Handjob’s assistant got 15,000 pounds for 15 days work. That’s the sort of part-time job I’m looking for.

This is yet another clue to what a steaming load of horse manure this whole narrative is if people will just open their eyes.

G7 Summit – no masks, no distancing, back slapping and hugging.

Ascot and Ascot after parties – no distancing, no masks, hugging and kissing

Celebrity parties – no distancing, no masks, hugging and kissing

Minister in charge of setting the rules – no distancing, no masks, hugging, kissing and nookie with someone from a different household and at work.

Apart from the feverish tittle tattle, it will barely register a 3 on the political richter magnitude scale, for those somnolent, semi-senile suburianites that worship at the altar of Boris…….everyday not just just on Sundays!!

I’m afraid you are almost certainly correct about that.

Just having a joke with Tony K
Beautiful creatures, their cubs are just scrumptious!!

Cheetahs are my favourites of the big cats, so beautiful and so vulnerable. I’ve been to Africa a time or two and saw many animals but never managed to see a cheetah, so disappointing. All the big cats have really cute babies but cheetah cubs are especially gorgeous.

Lucky you. Pity that, their vulnerability means they are inclined to keep hidden. I have a recording saved of a series with cheetah cubs being reared to adulthood. Even their calls are very different from other big cats.

Great that Matt has resigned. Wonder if what he was getting up to is another side effect of the jab lol

I mistakenly picked up wrong day to listen to Tony Gosling Politics Show (Fridays 5pm). I have found yesterday’s podcast for those interested and missed it.

Last edited 1 month ago by Brenda
2

Wasn’t she screwing around on her husband too? Didn’t I see a wedding band on her finger?

No idea…..a full expose in tomorrow’s Sunday’s tatt should answer that question!!