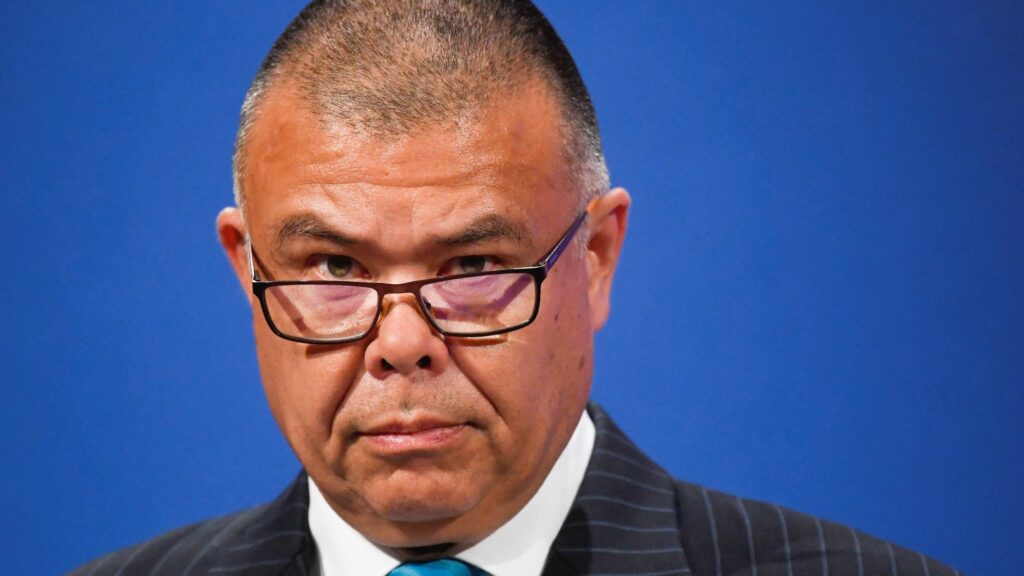 He (Van Tam) said it had been the “greatest privilege” of his professional career “to have served the people of the UK during this time”.

The professor, who is leaving to take up a new role at the University of Nottingham, also said it had been the most challenging time of his professional career, especially the Covid response.

“We all wish Covid had never happened,” he added, thanking all those he worked with during the pandemic.

Mr Javid (health secretary) paid tribute to the professor for the “vital role he has played in our vaccination programme” and wished him the best for the future.

“JVT’s one-of-a-kind approach to communicating science over the past two years has no doubt played a vital role in protecting and reassuring the nation, and made him a national treasure,” he said.Van Tam was knighted in the New Year’s honours list.

Van Tam is a goon. National treasure? Please! If the man was an ice-cream he’d eat himself. There was nothing charming or amusing about his ridiculous football analogies, delivered when fawning radio presenters would ask him questions like; “Where are we in the pandemic now JVT?”

JVT (apt name for a clown) would then say, “Well, we’re halfway through the first half and we’re a goal down, but we have a substitute to come on. The substitute wearing the number 9 jersey is the vaccine….blah blah blah.”

What a fucking idiot. He’s one of the most dangerous men in the UK. He led the calls for jabbing pregnant women and children with a medicine that they didn’t need and one that he knew could harm them. Do you think he hasn’t seen the Yellow Card reporting data? Of course he has.

He has volunteered at jabbatoirs too. Who knows how many people he injected? Did he get legitimate informed consent from them? Not a chance. Did he explain to each recipient that the odds of them becoming seriously ill or dying with covid-19 were astronomical?

Did he tell them that the jabs were still in trials? Did he remind them that the manufacturers of the medicines he was about to administer were fined billions of pounds in recent years for killing people with dangerous drugs and bribing doctors?

Did he tell them that what they were about to receive wasn’t even a vaccine and that they could and probably would get covid anyway?

Did he tell them that after they were jabbed they could still pass it on? Of course he didn’t.

Jonathan Van Tam is a monster, just like his Vietnamese grandfather. He should be struck off the medical register and exiled, not given medals and titles.

Richie Allen is the host of The Richie Allen Radio show, Europe's most listened to independent radio show and is a passionate supporter of free speech. He lives in Salford with the future Mrs Allen and their two dogs.
All Posts
5 7 votes
Article Rating
Subscribe
Login
Please login to comment
15 Comments
Inline Feedbacks
View all comments

Van-Tam is on the run. His reason for leaving I think is questionable. The majority of SAGE advisors have massive conflicts of interests.There is no way one can remain unbiased when receiving funding from Pharma companies.

Isn’t Richie’s anti covid vax stance a bit odd considering that he nearly died from a strange new dose that he freely admits left him unable to breathe and which felt like altitude sickness. Hasn’t he also been telling us for months now about the mucus/phlegm on his chest that he can’t quite shift. Let’s hope none of Richie’s listeners succumbed to the same dose because they were influenced by Richie’s anti covid vax stance.

No offence to the people of Nottingham but it’s a bit of a drop, from being the British version of Fauci to teaching Uni in the Midlands. I think there has to be another reason why he’s pissing off.

Was listening to a speech by Anna de Bruisseret earlier and she claimed that due to the military grade warfare psyops played out by the media and government no one, not even those who think they made an informed decision haven’t and therefore no one has given informed consent.

Whenever I hear Van Tam’s name, I always think of the “Stakeholder” conference on how to ‘join forces’ in influenza pandemic preparedness presented by ‘crisis manager’ and Belgian virologist Marc Van Ranst held over at “Chatham House” back in January 2019… 🤔

You know, if I could somehow seize control of all hypnobox broadcasts globally and put one 23 minute video on a loop for say 24 hours…

This would be it!!

And assuming the mind washed understood it (big assumption I know!!), the scamdemic would be over and done and never to be repeated!!

It has to be seen to be believed, suffice to say that if you doubt these elites are simply laughing at and mocking us while this scamdemic plays out, you won’t after seeing this!!

Oh an eh… Who’s that sitting comfortably and listening in dutifully in the front row I wonder???

And while I think of it, if ‘Chatham House Rules’ prevent disclosure of who said what and to whom, and if that’s to be believed, then why was this allowed into the mainstream???

Funny that wouldn’t you say….

Could they be ‘hiding in plain sight’ perhaps??? 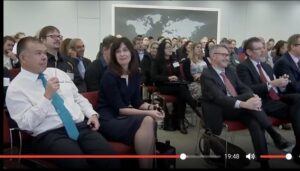 Morning Gerry. Just half way looking at the link. Great find. We get called conspiracy theorists, clips like this prove us right every time.I rely on intuition and research but when you actually watch the lie being planned, well I am floored

Good on you Eire for spotting this!!

Would you believe, I’m just about to add another comment to it myself.

I had hoped more people might see it, but such is the pace of things these days it’s not surprising it was missed.

There’s also another little significant but brief segment in this worth noting. The esteemed virologist turned ‘crisis manager’ character assasinates German physician and outspoken WHO critic Wolfgang Wodarg by way of stating he wants to ‘shame him’.

A baseless critique used by a crisis manager to manipulate the very people he was tutoring on that day… And then onwards for public release.

It occurs at all levels!

Well said Richie. I don’t think everyone wishes the fake pandemic hadn’t happened after some of them have been planning for it for years.

Bang on Richie! He deserves the tower for crimes against humanity after he has spent the whole lockdowns combined durations in the Stocks, with the public playing quackxxine darts at his ass, as he loves em so much! A true horror of humanity Sir or otherwise. These killers reward each other and their time must all end, before they kill us all.

No going back on the actions that he took in the Scamdemic and the right people will not forget his Deception, Lies and Treason!
Not even Dr ‘Faust’ Fauci will ride in and save him..

I reckon he is jumping ship because he knows that the science doesn’t lie and he and the rest of the government appointed traitors know that when the excess mortality figures (probable increase of forty percent because of jab side effects) become common knowledge, they will be hunted down.

I’m inclined to agree. My first thought on reading was the sinking ship scenario.

Well said Richie, bang on the money. I’m not even going to try and add to that.