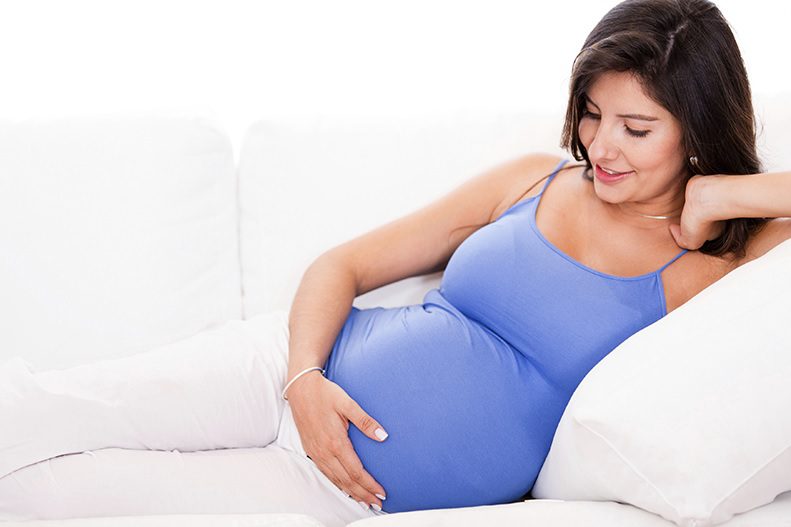 The NHS has changed the wording of some of its online guidance after it was criticised for describing women who have suffered a miscarriage as “pregnant people.”

Critics had claimed that by using such terms the NHS was effectively excluding women from the narrative of what is a traumatic experience.

The change by NHS Digital was made to its online guidance for those who suffer a miscarriage.

It originally referred to “people who know they are pregnant”, adding recurrent miscarriage “only affects about one in 100 people”.

But the passage about miscarriage, on the Overview page, has since been updated to include the word “women”.

In another, unchanged section, titled Causes, it states: “In most cases, a miscarriage is a one-off event and most people go on to have a successful pregnancy in the future.”

Meanwhile, the Emotional Impact section on the Afterwards advice page separately refers to “people” and “men”.

It states: “Sometimes the emotional impact is felt immediately after the miscarriage, whereas in other cases it can take several weeks.

“Many people affected by a miscarriage go through a bereavement period … Your partner may also be affected by the loss.

“Men sometimes find it harder to express their feelings, particularly if they feel their main role is to support the mother and not the other way round.”

In the Getting Support section on the same page, it is advised: “There are support groups that can provide or arrange counselling for people who have been affected by miscarriage.”

The word “woman” is used five times on the Causes page, where guidance refers to statistics.
The format caused a stir online. Author Milli Hill said: “It’s almost like they’re trolling us.”

Another social media user, who claimed to be a midwife, said: “As a midwife who specialises in early pregnancy and loss, this actually makes me so angry on behalf of the women I support.

“After the tragedy they have to endure to then be erased from the narrative is abhorrent and so very wrong.”

One person commented: “Partners might be affected too, but it is unclear whether this statistic includes them.

“As you and others have suggested, a meaningless statistic if it’s not clear to whom they are referring.”

NHS Digital confirmed to The Telegraph that it had made an update to its miscarriage overview page, “to clarify a statistic”.

How come they removed the word women but still left the word men? They shouldn’t remove either but I just wondered why the difference.

female adj 1. of, relating to, or designating the sex producing gametes (ova) that can be fertilized by male gametes (spermatozoa).

human adj 1. of characterizing or relating to man or mankind; human nature.

human being n. a member of any of the races of Homo sapiens, person, man, woman or child.

being 1. the state or fact of existing; existence.

Expecting my cheque from the universities for the streamlining the gender studies classes into a mere reference or footnote.
This gender ambiguity madness has to stop.

All those people claiming to be non-binary (WTF) is that supposed to mean? Did they cut off their genitals, are they new age eunuchs or have they had took elective surgery such as hysterectomies? Or perhaps they have suffered catastrophic industrial that have mutilated they genitalia? If the latter is the case, you have my sympathies.

Another question to ask the non binaries is what public toilets to do you use when you are in a restaurant?

If you re-arrange the letters for the second word in the phrase “non – binary” you get non – brainy? Just a thought, too much of coincidence eh?

The problem with ideological lànguage use is that it can get so confusing and contradictory – even for those who use it.

‘Men sometimes find it harder to express their feelings, particularly if they feel their main role is to support the mother and not the other way round.’
As heartless as this may sound, the term ‘mother’ cannot apply to a woman who has miscarried and who has no other children.

And as for the NHS changing its website simply to clarify a statistic, I’m sure that bereaved women everywhere will get all warm and fuzzy inside knowing that they have once again been dehumanised.