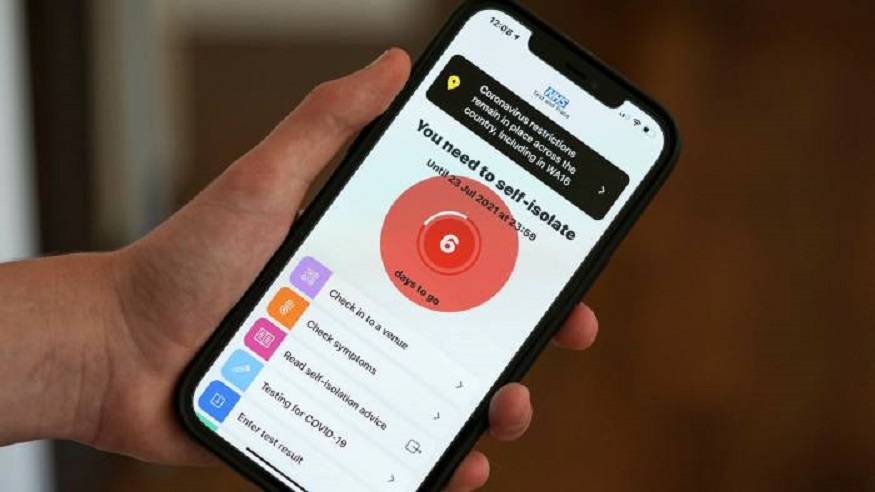 Poll: Pingdemic Is Having A Significant Effect On Social Behaviour

A poll for The Times newspaper claims that nearly half of Britons have cut back on socialising to avoid being pinged by the NHS Covid app and being instructed to go home and self-isolate.

In the poll which was carried out by YouGov, 46 per cent of respondents said that they had reduced contact with others to avoid being pinged. According to The Times:

The findings suggest that government policy, while enormously disruptive, is having the desired effect. Until August 16, even those who are double-vaccinated are told to stay at home after contact with a positive case.

Seven per cent said they had avoided getting a coronavirus test to avoid being told to isolate. 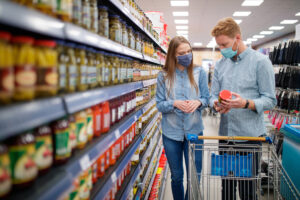 The pingdemic is proving to be devastating for British businesses. Recruitment firm Adzuna claims that vacancies have topped 1 million for several months. There are more than 10,000 supermarket vacancies and nearly 80,000 roles in hospitality that need to be filled.

Out of chaos comes order and the opportunity to build back better. Isn’t that what the World Economic Forum said about covid? It said that the pandemic will make it possible to re-make the world through a great reset.

Will life ever return to the way it was in December 2019? It doesn’t look like it. If their aim was to use the threat of covid to significantly transform human behaviour, they’ve succeeded and then some.

On Friday, I walked through the doors of my local supermarket for the first time this year. Last December I had a nasty encounter with a shopper who took exception to my not wearing a face covering. I came very close to hitting him. As a result of that, I stayed away.

Nothing has changed. Every customer I passed was wearing a mask. A few of them looked at me contemptuously. One old man muttered something. I muttered back “mind your own business.” How very depressing. I think I’ll go back to ordering online, which is ultimately what they want. Brave new world indeed.

Richie Allen is the host of The Richie Allen Radio show, Europe's most listened to independent radio show and is a passionate supporter of free speech. He lives in Salford with the future Mrs Allen and their two dogs.
All Posts
5 5 votes
Article Rating
Subscribe
Login
Please login to comment
11 Comments
Inline Feedbacks
View all comments

Welcome to the once great State of Australia where we are taking tyranny to ALL new levels. Here in S. E. Queensland, we are expected to wear masks anywhere outdoors despite the handful of so-called cases are more than a hundred miles from where I live. In addition, there is no allowance for people with exemptions. I have spoken to several who have previously been given a hard time despite having genuine severe health issues (in other words their has been a massive level of suspicion for anyone claiming an exemption). The new directive with our latest lockdown is that anyone with an exemption MUST stay at home. Fear has been ramped up to ridiculous levels in Melbourne and Sydney, clearly to boost jab numbers and clearly this is the future in store for us with rolling lockdowns for just a tiny number of ‘cases’.

What do the good people of the Parish of Allen think about the Schools situation. I would be heartbroken if members of my family, who attend state schools, were forced into a “get the jab or go back home again” situation – but I fear that this is what lies ahead.

Non-maskers far more common here in the Midlands than maskers, as far as I can see. Supermarkets, garages, no different. Pub on Saurday night, no one was wearing a mask in doors, despite the fact that the pub still retained plastic screens between tables.

what also irks me is people who get abusive with non mask wearers have no idea and its also none of their business if the person say has a hidden disability which exempts them from wearing a mask, there are plenty of people with say lung problems, asthma an general breathing issues.

At my local Co op things are getting a little better. On ‘Freedom Day’ everybody was masked when i went in but slowly the unmasked are increasing. Today i would say it was 70% masked (all older people). Not great but better. I go into every shop with my head held high and i look directly at everybody. If they want some i’m ready. Come on Richie, stay tough!

Back in the 90s we had pagers. We clearly understood that if we didn’t want to be ‘paged’, we turned the bloody things off.
Apps are no different.

Craig, I’ve spoken to many that are working hard at being pinged – especially those in the public sector…..all on full pay.

My postie says almost half his colleagues in recent times affected and wished he’d the same success.

Strangely he was talking to me civily and without apparent concern, then he asked me was I vaxxed. When I said no he literally lept back from me in real terror. Tried to have a sensible conversation i.e. he had no such concern until disclosure or even before the vaccine
roll out, and denied that this demonstrated his lack of confidence in the programme. He claims to be healthy and looks fit, early 40’s.
We will encounter more of this phenomenon with the governments declaring a pandemic of the unvaccinated!!!

We are the new plague!!!

My take is we should be making a point of going in to shops sans mask. The more we do it the more others will and the group oppression will start to break down. And use cash while you are there.

I do this.
If i was ever prevented i would leave.

Same here, unmasked since last year and still using coins of the realm.

Sadly in my area the unmasked are still in the minority. I do my bit though and only using cash everywhere, even though it annoys the hell out of one shop in particular which has a sign up saying cards only, I love seeing his face as I rummage in my purse 😂🤣 (still takes my cash though!)