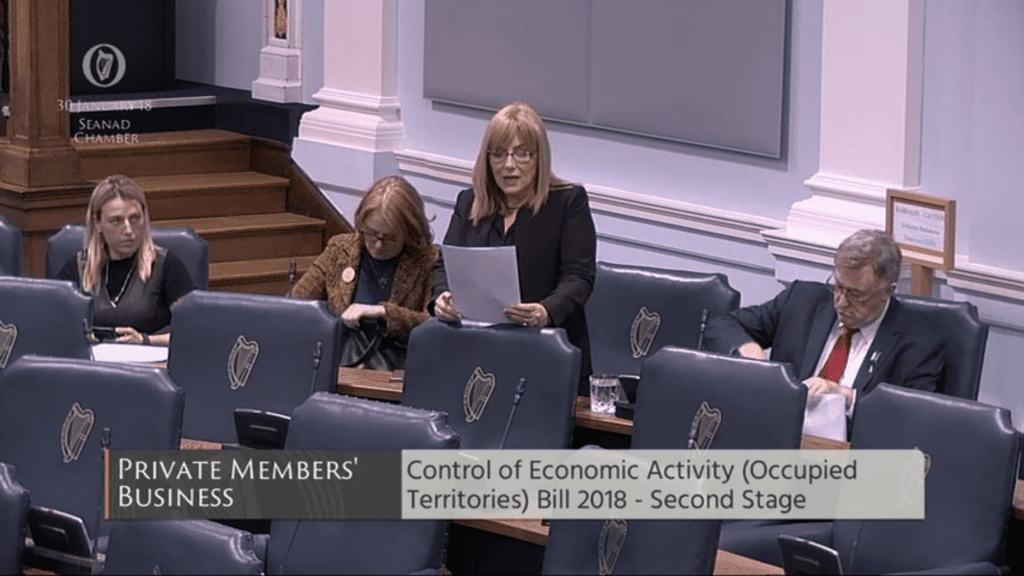 The Irish Senate Bends The Knee To Israel. Michael Collins Is Turning In His Grave.

Frances Black is a musician and an independent member of The Irish Senate, the upper house of the Irish parliament. The Senate is a little bit like the UK House of Lords. Senators are not elected by the people and can only delay legislation that has passed The Dáil (Irish Parliament). It cannot veto. Black tabled a Private Member’s Bill entitled, “The Control Of Economic Activity (Occupied Territories) Bill 2018. The proposed legislation declares it an offence “for a person to import or attempt to import settlement goods.” Likewise, those who “assist another person to import or attempt to import settlement goods” would be committing a crime punishable with up to five years in prison, if the bill were to become law. The bill was debated during a two hour session last night and there was to have been a vote at the conclusion of the speeches. Even if had passed, the bill would still have had to clear several other hurdles before becoming the law of the land. 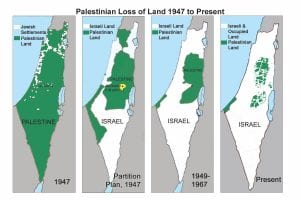 I think the proposed law is a great idea, but then you’re hardly surprised to read that right? Why should the brutal, psychotic, apartheid state of Israel profit from goods produced in settlements that are illegal under international law? Why shouldn’t a country like Ireland, a country that knows all too well the horrors of brutal occupation, not criminalise the knowing importation of goods from the illegally occupied territories? So we watched with baited breath. I was on air of course, but I had my beady eye on proceedings, hoping that I would be taking to the airwaves tonight, proud as punch, that my Irish brethren and sistren had poked a finger in the eye of tyranny.

But alas no. Minutes before the debate began, Israeli PM Binyamin Netantahu had a shit fit. He’s as nutty as a box of frogs. His office (imagine working with that lunatic?) issued a statement condemning the bill, saying its entire goal is to support the Boycott, Divestment and Sanctions (BDS) movement and harm the State of Israel. “The initiative gives backing to those who seek to boycott Israel and completely contravenes the guiding principles of free trade and justice,” his office said in a statement. The nutty one also ordered the Foreign Ministry to summon the Irish ambassador in Israel, Alison Kelly. And of course Alison came running didn’t she? Alison rushed to a phone and alerted her boss, An Tánaiste and Minister for Foreign Affairs Simon Coveney. Coveney also had a shit fit. His Zionist master had spoken. This vote must not happen, under any circumstances right? 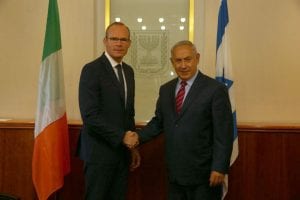 Now in fairness, Coveney (pictured with Netanyahu) has said in the past, that the relentless expansion of Israeli settlements on Palestinian territory “is unjust, provocative and undermines the credibility of Israel’s commitment to a peaceful solution to the conflict”. Similarly, last November he said, “The introduction and settlement of communities of the occupying power, to alter the demography of the area is unambiguously illegal under international law”.

All good you’d think. But Coveney is an ambitious man. He’s the Deputy Leader of Fine Gael, currently in power with a minority coalition of independents. But Coveney is a politician on a mission. There’s a great feeling of solidarity among Irish folk with the beleaguered Palestinians. You gotta keep them happy and at the same time, do what your Zionist masters tell you to do. So Coveney pressured Frances Black to withdraw the bill and put it on ice until the summer, cos that’s what Netanyahu told him to do. Black acquiesced. The Government had said that it would oppose the bill if it was not withdrawn, and was backed by Fianna Fáil. What a miserable bunch of lickspittles the lot of ’em. Bibi screamed “No!” and the Irish bent the knee. What would the likes of Michael Collins (pictured left) and Constance Markievicz make of it eh?

Israel’s treatment of the Palestinian people, the only folk with historic ties to the holy land, is so so familiar to the Irish. I won’t start with any of that We are Ahed Tamimi stuff, but hers was our experience of the British Empire and then some. Truly great men and women died in order to rid our country of the hated crown ( we didn’t quite manage it and gave what was left of our sovereignty to the EU). What did they fight for? I’ll wager it wasn’t for Ireland to become a satellite state of the EU, in perpetual thrall to international banksters and a country that asks “how high?” when told to jump by vile thugs like Bibi Netanyahu!