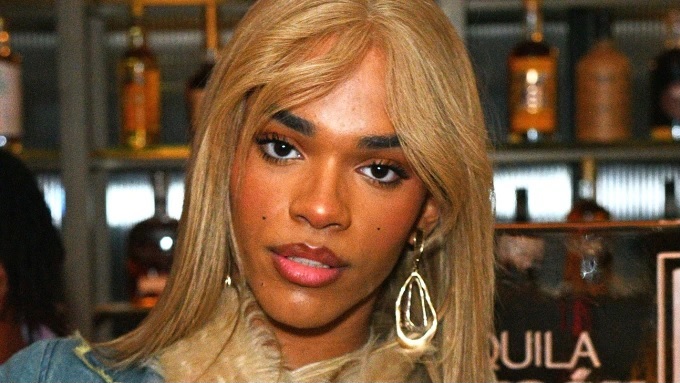 Trans Actor To Play Rose In New Series Of Doctor Who

A trans woman (a man in drag) has been chosen to play Rose in the forthcoming new series of Dr. Who. It hasn’t been announced if Rose is a brand new character or Rose Tyler, the Doctor’s female travelling companion, who was once played by Billie Piper.

Yasmin Finney, who starred in Heartstopper, a Netflix coming-of-age drama about queer love, is filming scenes in the role that are due to air next year to coincide with the 60th anniversary of the show.

Upon joining the show, Finney said: “If anyone would have told eight-year-old Yasmin that one day she’d be part of this iconic show, I would have never in a million years believed them.

“This show has a place in so many people’s hearts, so to be seen as a trans actress by the legend himself Russell [T Davies], has not only made my year, it’s made my life. I cannot wait to begin this journey and for you all to see how Rose blossoms. Get ready.”

Russell T Davies, the screenwriter and producer who is returning to the set as a showrunner, added: “Life on Doctor Who gets brighter and wilder, how can there be another Rose? You’ll find out in 2023, but it’s an absolute joy to welcome Yasmin to the Doctor Who set.

“We all fell in love with her in Heartstopper, one of those shows which changes the world, and now Yasmin can change the Whoniverse!”

The BBC announced last month that Jodie Whittaker, the first female Doctor, is to be replaced by Ncuti Gatwa who will become the first black actor to play the doctor. Gatwa is also gay, although he hasn’t discussed his sexuality publicly.

Richie Allen is the host of The Richie Allen Radio show, Europe's most listened to independent radio show and is a passionate supporter of free speech. He lives in Salford with the future Mrs Allen and their two dogs.
All Posts
5 1 vote
Article Rating
Login
Please login to comment
14 Comments
Inline Feedbacks
View all comments

Yeah just watch all of the white priveleged racist transphobes switching off Doctor Who in their droves. 🤣🤣🤣🤣

Don’t pretend as if you didn’t see this coming. There was clearly a woke progression if you look back with eyes of understanding.

Pretty sick if you ask me a faggot and a pervert

This should be the final nail in the coffin for this show. The last series was a massive flop, despite the massive marketing budget.

You are right but unlike 20 or 30 years ago ratings no longer matter to the BBC as they are now, more than ever, just the propaganda arm for an insane but powerful group of people who are determined to instil in everyone (especially the young) the idea that the abnormal is perfectly normal and that if you disagree you need to be ‘re educated’. What other business could lose millions of customers then respond by sticking two fingers up at them?

When I was a kid in the 70’s Dr Who and the Daleks used to scare me, now Dr Who scares me for all the wrong reason

Aldo
Reply to  Michael B

The Daleks didn’t scare me that much, all you had to do was run up a stair case in a lighthouse. It was the Cybermen that scared me.

Haven’t watched Dr Who (Now Dr What thanks @Richard Tea Alien) for a few decades, stopped watching (albeit infrequently) after Sylvester McCoy’s run but I was never a great fan of Dr Who.

With the recent choice of a trans person for the doctors assistant isn’t that controversial.
For example in Shakespeare’s time men were only allowed to perform on stage as actors. (ps I could be wrong as I don’t have a time machine to robustly verify.)
Besides anyone remember Monkey (or Sayuki) 1978, you had Tripitaka whose character was a boy but portrayed by an actress (female actor or woman whose job title was actress) called Masako Natsume?

Nowadays Dr Who has been just a virtue signalling, LGBTQRSUVWXYZ box ticking, misandrist, woke nonsense to continually remind people to act as thought and speech police for the benefit of the eternally offended. (The race grifters, professional victims and politically correct infantilised snowflakes.) 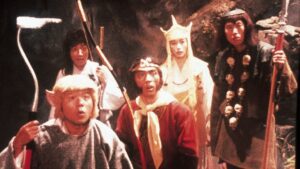 F.F.S. it’s a kids programme. It used to be iconic in the 80’s until Peter Davidson totally fucked it up. Now it’s just a throwaway kids show, in a couple of years it’ll be like Are You Being Served with corny double entendres and crap acting.

one can only hope that it tanks even more than it did when whittaker took over…. that will be a clear message that no-one wants to watch their bullshit. whether they take note is another matter, probably not.

Dr Who becomes Dr What.

I like that , Dr What, it’s actually a good idea.

I am a time liege

Ever since being a young fox, i loved watching Dr Who. Even dressing up as Tom Bakers Dr and convincing myself my bedroom was the Tardis. I watched every series right up until Jodie Whitaker took over the role several years ago.

I didn’t stop watching because she was a woman. As it could be reasoned that The Dr could be a woman, as the time lords are able to change shape, so at a stretch why not sex. However the fact that The Drs arch enemy The master, had recently also changed sex. Was a clear indication of the direction of travel. As the two main characters had now been replaced by woman. Also each episode, had Jodie giving what amounted to a school teacher giving a lecture to school children on a different topic. One week it was climate change, the next it would be equality for woman, then a lecture about how all white people are racist and so on. I decided there and then it was time to give up my time traveling ways. Now we have a Black Dr played by a gay man, accompanied by a Trans actor.

We are seeing this in other television programs and films as well. In the UK soaps it is noticeable how many Vicars, police officers, School teachers, Doctors and solicitors are either gay, trans, black or woman. Sometimes falling into more than one of these groups at the same time. Even in the latest Terminator film, three of the four lead characters are woman. Including the character who leads the resistance in the future, who is normally a man. A clear case of ‘ Over representation’. The phrase that a BBC writer was fired for using a couple of years ago. Whilst pointing out that writing was being effected because of things being written that had to have a representation from every category in the production. Both in terms of the characters and the actors that played the parts.

This seems to me to be all part of a wider agenda. Confuse gender to lay the groundwork for fusing gender. Whilst denigrating Men, Heterosexuals’, Whites and the un jabbed etc. Thereby causing conflict and breaking down the very fabric of society, in order to ‘Build it back worse’.