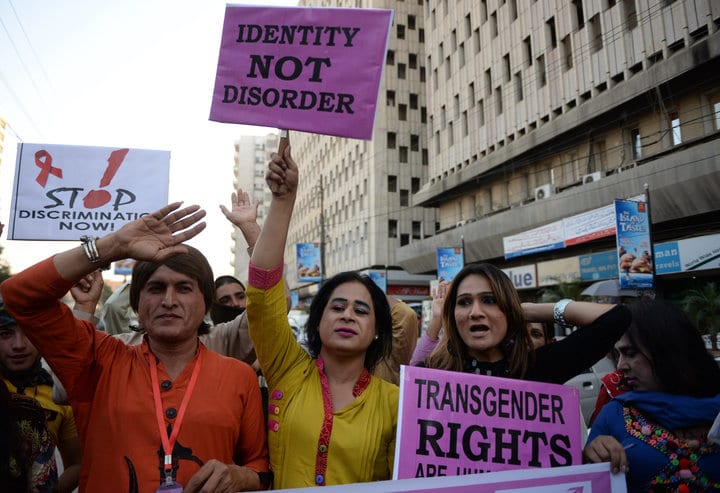 Women’s Aid is one of the largest domestic violence charities in the UK. It announced yesterday that it has begun the process of allowing trans women to work in their refuges based on self-identifying as a woman, rather than requiring a change to their birth certificate. This could mean that staff caring for victims of domestic violence or assault could identify as female but still physically resemble a male. The charity has four branches which supervise over 300 refuges where women and children can be protected from abusive home environments. I have said on the radio show and I meant it, that I believe in absolute freedom of thought and freedom of expression. I believe that if a man chooses to identify as a woman or vice-versa, they should be free to do so and they should be respected. I can’t say more than that. What someone chooses to do with their life is their business unless it adversely affects somebody else.

Now when trans women enter women only spaces, like toilets and dressing rooms, women’s sports or demand to be considered for roles that had been reserved exclusively for women, they are crossing over that line and are imposing themselves on others with seemingly no consideration given to those they are affecting. While I resolutely believe that trans men and women should never be discriminated against, I have no sympathy with this agenda to force everyone to comply with the gender theory notion that biological facts are mere “social constructs.” 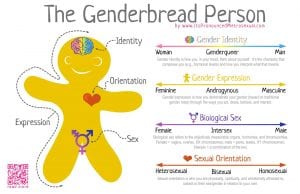 I don’t agree with the gender theory notion. I believe it is nonsense, pseudo-science even. And I am tired of  those pushing this agenda screaming “hate speech” when anyone questions the transgender lobby or its ludicrous pronoun protocol. I do not believe that someone with a penis is a woman. I will never believe that, ever. He can believe it if he wants, I said that earlier and I meant it. Nobody should bully, intimidate or discriminate against him. And if he wants to be referred to as she that’s fair enough too. I’ll refer to you as she, it does me no harm, just don’t shit the bed and report me when I forget and refer to you as he.

But telling him, that he can’t work in a women’s refuge, even though he identifies as a woman isn’t discrimination, it’s common sense. It’s not trans-phobia and it’s not hate speech. What about the rights of those women? Don’t they have the right to say “well sorry mate, but whatever you think, I believe you are a man and I don’t feel safe around you?” Stop imposing this madness on society, stop introducing it to very young children. It is severely damaging their development and confusing them no end. Of course that’s what it is supposed to do right? It is terrifying to think that children are now being told they can choose from literally dozens of genders. There are only two, no really, there are only two. If the agenda is to confuse children, it’s working in the US at least.

This from ABC News this morning:

Far more U.S. teens than previously thought are transgender or identify themselves using other nontraditional gender terms, with many rejecting the idea that girl and boy are the only options, new research suggests. The study looked at students in ninth and 11th grade and estimated that nearly 3 percent are transgender or gender nonconforming, meaning they don’t always self-identify as the sex they were assigned at birth. That includes kids who refer to themselves using neutral pronouns like “them” instead of “he” or “she.” “Diverse gender identities are more prevalent than people would expect,” said lead author Nic Rider, a University of Minnesota postdoctoral fellow who studies transgender health. The study is an analysis of a 2016 statewide survey of almost 81,000 Minnesota teens. Nearly 2,200 identified as transgender or gender nonconforming. The study found that these kids reported worse mental and physical health than other kids, echoing results seen in previous research.

Mental health problems says the article. Why am I not surprised? You know on the face of it, I think the public at large sees the transgender movement, with its assortment of gender identities, as some sort of a passing fad. I think most people believe that however ham-fisted, it’s really about asserting the rights of a minority group. It’s about much much more than that. It’s about redefining the family unit, it’s about confusing children by giving them dozens of genders to choose from and ultimately making it the norm, that boys are girls and girls are boys. Ask yourself why? Why and who benefits? Trans men and women don’t. Indeed I’ve said time and again on the radio show, this agenda is not being driven by trans folk. The rights of trans people are being used as the excuse to change society, that’s the what. Let’s have a conversation about who and why.