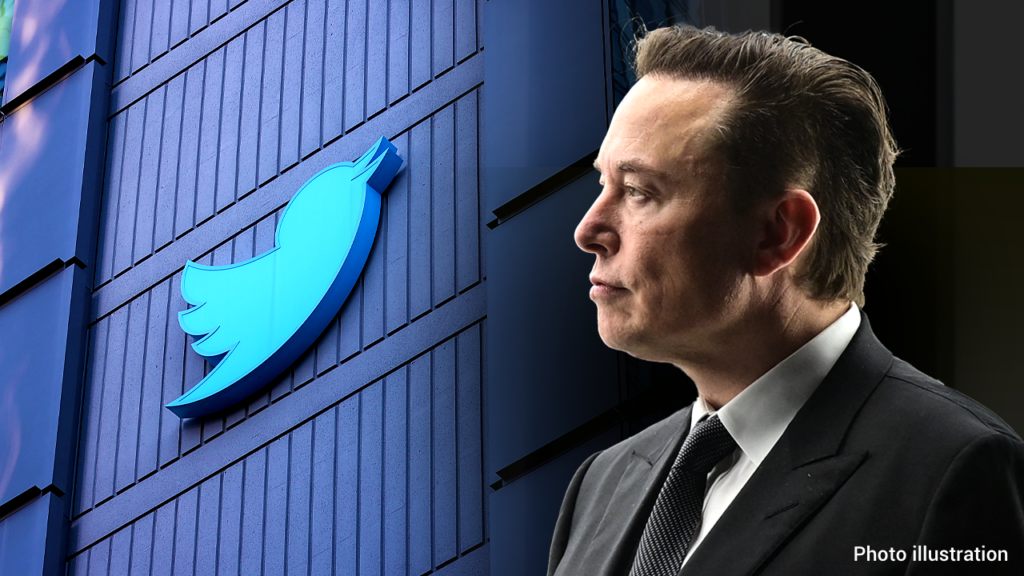 A Twitter employee has claimed that the social media platform has a strong left-wing bias and that conservatives are routinely censored.

Project Veritas has published conversations with senior Twitter engineer Siru Murugesan which were recorded without his knowledge.

In a shockingly frank conversation, filmed over several encounters, he said the firm ‘does not believe in free speech’ and even started to turn him left-wing when he joined.

His comments come amid a firestorm at Twitter as staff fear they will face the ax or be stopped from censoring certain content when the Tesla billionaire takes over.

Musk has vowed to return the platform to a safe space for users to post what they want as well as ‘defeat the spam bots’ and ‘authenticate all humans’.

Murugesan was filmed by a female Project Veritas journalist spilling the beans on the tech giant’s left-wing agenda, including they censor right wing posts.

‘Twitter does not believe in free speech,’ he said, adding that his co-workers ‘hated’ Musk’s $44 billion bid to take control of the company.

Asked how his co-workers responded to the news of Musk’s buyout, Murugesan replied: ‘They’re like, ‘this would be my last day if this happens’.’

Murugesan said Twitter’s office politics were so left-leaning they shaped his own views, and changed him. Like I started working at Twitter and became left,’ he said.

‘Ideologically, it does not make sense like, because we’re actually censoring the right, and not the left,’ he told the undercover reporter.

‘So, it does that on the right. It’s true. There is bias. It is what it is today,’ said Murugesan.

Richie Allen is the host of The Richie Allen Radio show, Europe's most listened to independent radio show and is a passionate supporter of free speech. He lives in Salford with the future Mrs Allen and their two dogs.
All Posts
5 1 vote
Article Rating
Login
Please login to comment
17 Comments
Inline Feedbacks
View all comments

I think it’s probably a case of a ‘Musk in sheep’s clothing’.

A reconnaissance of what everyone’s elegances really are.

1) Ramp up the censorship, until people are sick of the blatancy.

3) Everyone relaxes, and start to be bold about what they think, believe, feel etc.

They then are able to identify, as much as possible, who the real problematic enemies of NWO are.

Of course this will not encompass all, but, if more join in the ‘free-for-all’, well……for those who are unaware, when the ‘Pied Piper’ comes along…….it’s over the cliff,  you lemmings!

Oh how the Conspiracy(Illuminati) love the sport of it all……I wonder which of them played the part in the Predator films.

I leave you with the words of Alex Jones ; “Luciferian scum, God will grab you by the neck and make your eyes pop out, AAAAAAHHH”.

Well maybe he was right about that one, perhaps their eyes will pop out, when they see it’s Jesus that returns, and not Lucifer.

God bless you all, Jesus is Lord of Lords and King of Kings.

They are all in this together. I demand that they give me an island so I can get away from them and they keep away from me.

Yes, Bren, they are in it together. One commentator wants an Island to escape to, these so-called Humans. You know what? They will follow you and once established they will open a central bank and make you work for them and claim your Island as theirs by DNA and being blue-bloods and kill everything or everyone that gets in the way. Just like the American Civil war. The Pilgrim Fathers took the lead to get away from the Banker Gangsters but the colonials took the slaves to the south unfortunately, they lost the civil war but did they? The Bankers aided by the City of London and the Rothschild owned Bank of England went west and eventually opened the branches of the Federal Reserve in 1913.

Musk will not change tw@tter for the better, only speed up the DIGITAL ID As well as collect your data for his AI

Last edited 1 month ago by toney
7

Yip as well as encapsulating the earth with low orbit satellites pumping out Millimetre EMF waves that will disrupt you natural bio electrical wave patterns isolating you from your natural source. For want of a better description, disconnecting you from God. The Musk Beast, 666, keeping you from fulfilment and never becoming complete.

“Stuart Hameroff is an American anesthesiologist and professor at the University of Arizona known for his studies of consciousness and his controversial contention that consciousness originates from quantum states in neural microtubules. He is the lead organizer of the Science of Consciousness conference.” Wikipedia

It is theorised by top scientists that we are connected or rather our consciousness is powered from the quantum field and is bio-electromagnetic.

Last edited 1 month ago by Nev
0

‘Musk has vowed to return the platform to a safe space for users to post what they want as well as ‘defeat the spam bots’ and ‘authenticate all humans’.’

In my opinion , Left, Right, Fascist, Communists, Capitalist’s, are all parts of the same illusion, the same trap. The universe and life on this planet work in a particular way. They work according to natural laws, whatever label we choose to put on things. Society is either more or less fair. As a people we are either more or less free. The best we can hope for is that things are as fair as they can be, and we are as free as possible. Unfortunately there are individuals and forces that want us be nothing more than slaves. And consider a fare society, one where they have everything and we have nothing. If you dont believe me, ask that guy Schwab.

Musk is as much a part of the agenda to enslave humanity as his fellow partners in crime are. The plan regarding free speech is a simple one. There isn’t going to be any, period. The plan is that we never see, hear, read, watch or speak anything that does not fit the official narrative and the agenda. The likes of Musk will do nothing to change this. The only ones that have any chance of changing anything are ourselves.

Or, to sum it up in a pithy statement: You’ll own nothing and be happy.

The reality is you own nothing anyway, take a look at all the treasure the Egyptian Pharaohs left behind, they didn’t really own anything and none of it went to the after life because it all belongs here, not to fake God Kings who come and go like the wind.

Late response to yesterdays article about English literature courses. Iv never liked the strict rules around how poetry is meant to be written. Or liked how academics get to decide why an author said what they said, or tell us what the particular author really meant when they wrote it. Who put them in charge and convinced them that their superior insights are the only ones valid. Art is largely subjective and the reasoning behind what authors really meant is mostly opinion. I find the whole thing very pretentious.

However the reason the English teaching curriculum is being changed now, is to attack and demonize British culture. I believe it is being deliberately done to cause further divisions and dismantle society to make way for the not so great reset. As in order for this new world to come into being. Everything regarding tradition and culture has to be dismantled first.

This has not got anything to do with calling out Britain’s colonial past, and bringing about a less racist society. It is about sending out a message, that white people are bad and should all be ashamed of the history of their long dead ancestors. This fits very nicely into denigrating and marginalizing men, heterosexuals’ and the un jabbed. All of which we have increasingly seen in recent years.

There is an assault taking place on the majority of the population. By the puppet masters who hate and despise the human race as a whole. It is only by coming together, and not being drawn into divisions and conflict. Can we have any hope of defeating the real enemy and the threats to us all.

In every instance it is Rich people, colour or flavour or religion doesn’t really matter it is always people with too much money and too much influence, me thinks. Apparently all culture comes from the top down, from the rich to the poor so I even wonder if it is culture at all or imposed wealth dogma.

Adam and Mr Fox, please take a look at this, he explains it quite well and is likely what we are kept from understanding.

Give this a watch. A goodly portion of our own medieval culture and tradition is being fed back to us.

Hi Craig, Thanks will do.