Who Are The "Top Political People" That Gihan Muthukumarana Claims He's Selling Child Rape Videos To?

Thank God The Richie Allen Show listeners are on the ball. They don't miss much. Sam Bray got in touch with me the other day. He was following Court News UK and saw an astonishing story. Gihan Muthukumarana is at Southwark Crown Court this week facing very serious charges. Muthukumarana stands accused of plotting to kidnap, rape, and beat young girls, charges which he denies. He was rumbled by an escort he was seeing regularly. The woman was sickened by some of the things Muthukumarana was suggesting to her, so she phoned the police who then launched an undercover operation.

Muthukumarana told the escort that he had slept with young girls and if she was interested, he had a proposition for her. He told her there was a lot of money in it for her, if she abused young girls while being filmed.  He claimed that he had “contacts in arranging for these things to happen”. She balked and thankfully called the police. They sent in an undercover officer who used the name "Donna." Muthukumarana made the same offer to Donna, saying that he would make her millions of pounds and that she would be protected because those buying the films were "top political people". In a recording of a phone call that was played to the court, he said: “The people paying us to do what we’re doing are very high up political people. We will be masked up and it will be on webcam.” Muthukumarana said that another woman would do the filming in a separate room and the videos would feature girls ‘being fucked up’ and these would be watched by others.” He even advised the undercover cop Donna, that she should take drugs or alcohol before carrying out an attack because “it makes you extra heartless.” How utterly disgusting. 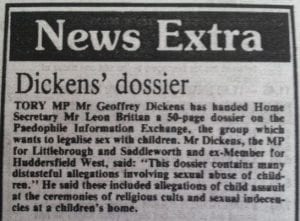 Who is this guy?!? These are staggering claims right? Has this guy been sweated by the Met's finest detectives? Who are these "top political people?" Why has a story of this magnitude (it's an earthquake) received no UK media coverage? I'm telling you, it has not been picked up by anyone. That is incredible! Breitbart.com picked it up from Court News and ran it yesterday, but not a single UK broadsheet or tabloid has covered it! It's a blackout. Is the media gagged? The tabloids have been very quick to point out that men who have made historic claims against vile paedophiles like former PM Ted Heath, are hoaxers and are themselves being investigated. But they've gone silent on the The Independent Inquiry into Child Sexual Abuse haven't they? 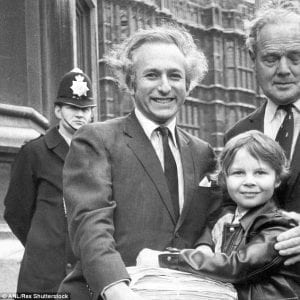 I see Greville Janner's family have been moaning about claims made against him and how tragic it is that people can't be sued for libel as you can't libel the dead. Janner was a filthy child rapist, the evidence against him is overwhelming. I could waste time talking about Cyril Smith, Peter Morrison, Tim Fortescue's interview with the BBC in the 90's where he claimed buggering small boys was a sport in the 1970's and that the whips would make sure that the MP's didn't get discovered. Former Home Secretary Leon Brittan, paedophile himself, the man who lost the Dickens Dossier is another one. I could go on and on and on.

Gihan Muthukumarana has claimed that he was making films of girls being raped at the behest of "top political people." I want assurances that the UK's media will make sure that those named by Muthukumarana are properly investigated. They have rights of course. They have the right of presumption of innocence, but the claims MUST be investigated and not swept under the carpet as they have been so many times before.