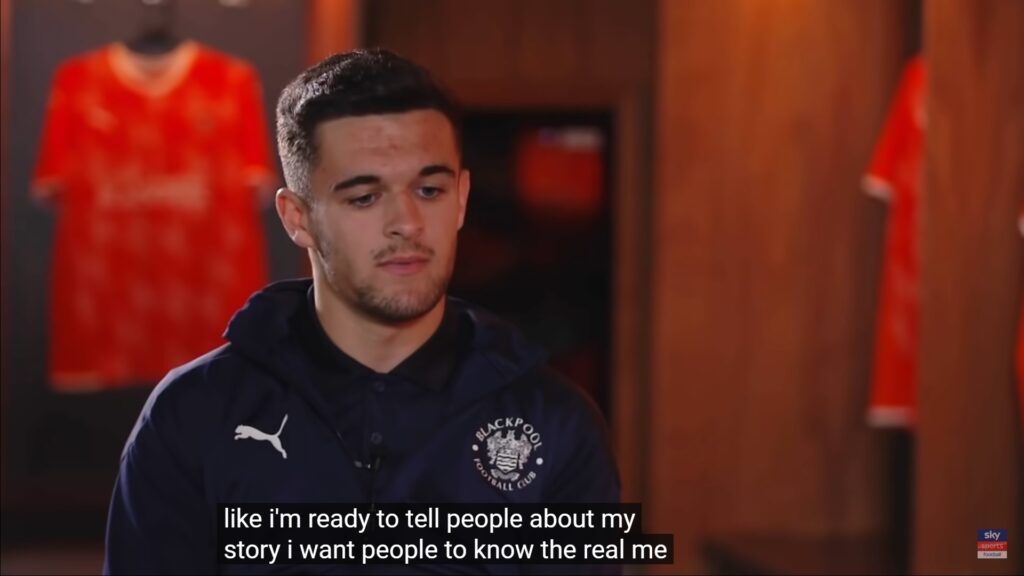 Why Is It So Important For Some Homosexuals That We Know They Are Gay?

A 17 year-old footballer called Jake Daniels has just announced that he is gay. In doing so, he has become the first currently active player in years to come out of the closet. The lad plays for Blackpool under-18’s and is apparently pretty handy, netting 30 times this season.

Politicians, footballers (past and present) and celebrities rushed to Twitter to congratulate young Jake and also to tell him that he’s a hero, that he should be proud and that football has taken a massive step forward and all because of his courage. It’s a gold rush on there today.

Daniels gave a brief interview to SKY Sports News. In it he said that, “Now is the time to do it and I feel like I’m ready to tell people about my story. I want people to know the real me and lying all the time isn’t what I’ve wanted to do.”

Jake wants people to know the real him. But, we didn’t know the fake him did we? I had never heard of him before today. He’s a 17 year-old youth-team footballer for Christ’s sake.

He said he wants to tell people about his story? What story? He hasn’t done anything. He has played one game for Blackpool’s first team. It’s a pretty thin story. He’s famous now though. Maybe that’s the point. Maybe it isn’t. I don’t know the kid.

There are more than 5,000 professional footballers in the UK today. It stands to reason that some of them are gay.

The fact that until today none of them are out and proud, is often cited as evidence that football has a homophobia problem and that players would rather remain in the closet than face a torrent of abuse from the terraces.

This is a nonsense. It could be argued that the reason gay professional footballers have not come out in their droves is because their sexual orientation is nobody’s business and has nothing to do with the job they do, which is to train and play football matches.

You should hear some of the garbage I’ve heard today while prepping this evening’s Richie Allen Show. The talking heads are queuing up to signal how virtuous and tolerant they are.

Boris Johnson thanked Jake for his Bravery. In a Tweet earlier today, the Prime Minister said that the kid would be an inspiration to others.

Retired and current footballers flooded the airwaves this morning to talk about how Jake has “opened the door” to gay footballers and made the game “more inclusive.”

We’ve had gay footballers for years though. Fans too. But, as I’ve already said, they didn’t feel it necessary to discuss their sexual orientation.

Why is it so important for some gay men and women that the rest of us know that they are gay?

If someone in my small circle tells me that they’re gay, I’m not going to treat them any differently now that I know. People don’t care about this stuff, they really don’t.

I’d never be allowed near young Jake Daniels, but I’d love to interview him. I’d ask him questions like:

Why is your sexual orientation so tied up in your identity? That’s a really important one. He’s probably a bit immature for that one though. And no, I’m not suggesting that footballers are thick.

Ok, so you’re in a same-sex relationship are you? Does that define you? Is that all you are?

And, why do you think that I should know? Why is your story relevant to me or anyone else? What do you want us to do with that information Jake?

Why don’t you keep your private life private?

While Jake Daniels certainly has nothing to do with it, this ties in with the agenda to gaslight the population day and night.

It’s good for us you know, to hear stories like Jakes. It’s educational. It’ll help us to become more tolerant and inclusive people.

Because in reality, all we are is a bunch of knuckle draggers, neanderthals, racists, homophobes and transphobes. Right?

Richie Allen is the host of The Richie Allen Radio show, Europe's most listened to independent radio show and is a passionate supporter of free speech. He lives in Salford with the future Mrs Allen and their two dogs.
All Posts
4.6 7 votes
Article Rating
Login
Please login to comment
18 Comments
Inline Feedbacks
View all comments

The whole gay trans thing is really boring now, it’s just attention seeking, they know it gets them attention and some of them crave it! Il just happily continue to be an invisible straight racist, misogynistic white guy with the obligatory white privilege which is how white men are mostly viewed now.
Brilliant set though Richie you did it very well 👍

A Prime Minister should not be commenting on how particular individuals live their lives, that’s not his job. We really have the worst bunch of politicians in the world now certainly in my lifetime. I can’t think of a single one of them that I have any respect for whatever.

Indeed leeches the lot of them 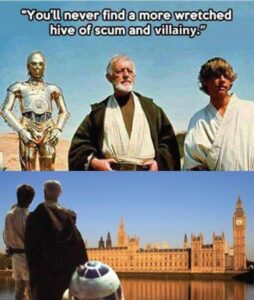 Last edited 1 month ago by Bren
0

Maybe he is just really happy and he wants everyone to know? I mean Fred Flinstone always had “a gay old time ” ….
The Frankfurt school wasn’t around in freds time ,,,,,

Last edited 1 month ago by stephen
2

The next reality tv star no doubt with a new reality tv show?. ‘Gays about town in Essex’ or the only gay footballer in his village. Even gay, as well as straight people, see through this crap. I have nothing against gay people at all cos it’s their life but just don’t force it on me through an agenda, quite what the agenda is I don’t know.

Last edited 1 month ago by Bren
1

Technically speaking I am non-binary. Bi means two and I am only one gender. I have outdoor plumbing, if my name didn’t give it away

Brilliant by Richie. Articulating the thoughts of many people, I am sure, to perfection!

Let’s hope he showers on his own away from the straight footballers .

Or no one drops the soap bum bum, sorry very immature 😊

I have no idea, but it gets rather boring after a while. Yawn……….!

As Georod said yesterday evening, and which I agree with, the old religious ways are being slowly re-introduced.
And what is one of the Cardinal Sins? Pride.

So it could be argued that, from a religious perspective, all the prideful sinners are painting a big target on themselves.
As I recall, something of the sort was alleged to have happened in Afghanistan when the Taliban were given the country back.

It is certainly worth thinking about.

He’ll be identifying as Jackie next year to play for the England womens World Cup team Richie ! 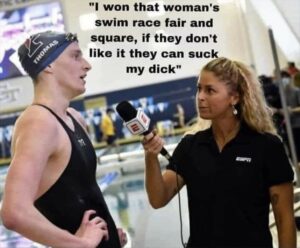 The biggest disease facing all of humanity “Please Notice Me”.

Is he any good at football, that is all I care about. People should look up to the likes of James Milner. You have no idea what car he drives, who is partner is, where he lives or goes on holiday. Just turns up and gives 100% every day.

💯, it is a disease that has infected large sections of humanity, propagated through the tell-lie-vision that’s how all these mind viruses are mostly spread.