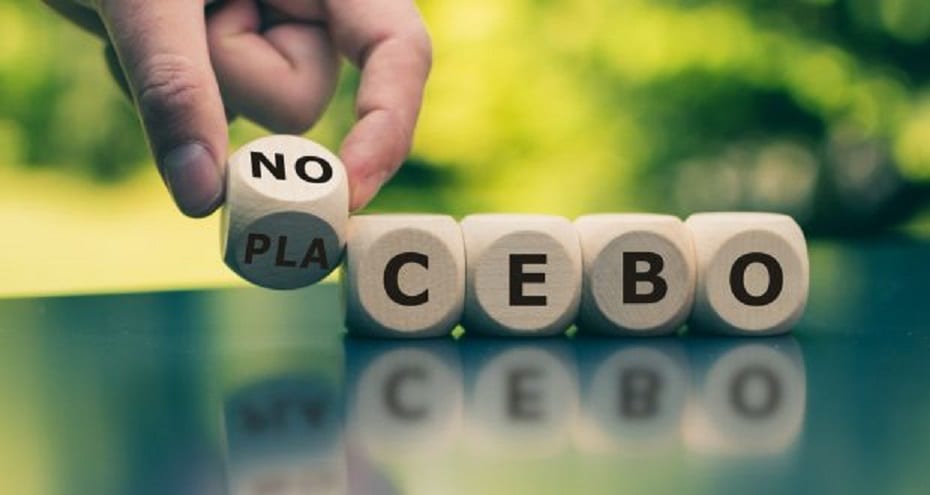 Health Staff Injured By Covid Jab Are “Imagining It” – Telegraph

Writing in the Telegraph today, Ambrose Evans-Pritchard claims that German health workers who reported feeling ill after receiving their Covid jab, were in fact imagining it. It’s an example of the Nocebo effect according to Evans-Pritchard. He says that exposure to fake news about the vaccine, can lead to some recipients believing that the dose has harmed them in some way, even when it hasn’t.

Evans-Pritchard claims that people have been primed to believe that the vaccines will make them ill, by exposure to disinformation. He writes:

Europe has succumbed to the nocebo effect. If people are primed to believe that something makes them ill, they discover illness. It is the reverse placebo.

Tens of millions have received the AstraZeneca jab in the UK and India without meaningful side-effects beyond minor – and desirable – signs of an immune reaction. Yet frontline health workers in Germany, Austria, France, and Spain have convinced themselves that it is doing them real harm, and that it is also ineffective.

The Nocebo Effect is a known pathology in medical science. It has been well-documented following false reporting on statins. One clinical trial studying headaches from electric currents found that two-thirds of the volunteers in the harmless control group also had headaches. Nocebo responses can be powerful and physiological. The symptoms are real. 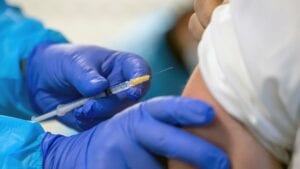 37 out of 88 staff at Braunschweig’s Herzogin-Elisabeth hospital became ill after having the jab and dozens of ambulance drivers in Dortmund reported that they’d had a bad reaction to the vaccine. According to Ambrose Evans-Pritchard, they’re all imagining it. He blames fake news about the AstraZeneca jab:

That is probably what has been happening with AstraZeneca In Germany where fake news has run rampant, to the point of mass hysteria.

Astonishing isn’t it? Twenty-two seniors died in a care home in Basingstoke, after they’d received the vaccine. 23 died in a Norwegian home. Reports have come in from the US of people dropping dead within minutes of having a jab. A woman in Wisconsin was declared brain dead after having her second dose. I wonder if Ambrose Evans-Pritchard blames fake news in those cases?

The worst of it, is that Ambrose Evans-Pritchard and his pals in the media KNOW that this vaccine is causing harm. They know and they choose to ignore it. How do they sleep at night? Nocebo effect? They’re getting desperate now. It seems to me that someone somewhere knows that soon enough it’ll be impossible to hide the extent to which these vaccines are causing harm. Are they really going to claim that vaccine injured people are imagining it, that they were “primed” to believe the vaccine would hurt them, because they read something on Facebook?

Imagine the scenario. “Mrs. Johnson your kidneys are shutting down, you may need a transplant.”

“I was fine, until I had the vaccines!”

“Yes Mrs. Johnson. We don’t believe it’s the vaccines though. We think you were reading too much fake news and convinced yourself that the vaccines are harmful.”

“Are you saying that I’m responsible for my kidney failure and not the vaccines?”

“Yes Mrs. Johnson, it’s obvious this is what is happening….”

Richie Allen is the host of The Richie Allen Radio show, Europe's most listened to independent radio show and is a passionate supporter of free speech. He lives in Salford with the future Mrs Allen and their two dogs.
All Posts
5 12 votes
Article Rating
Subscribe
Login
Please login to comment
26 Comments
Inline Feedbacks
View all comments

If anyone in the Congress has a few brain cells operating, pull Fauci into a televised hearing and, in ten minutes, make mincemeat out of the fake science that has driven this whole foul, stench-ridden assault on the global economy and its 8 billion citizens.

Kary mullis said it about the wee fraud years ago.

Herb, have you ever read the interviews Jon done with a guy called(not his real name) ellis medavoy, very interesting and what he says in the interviews conducted 20 years ago are coming true, he said they would take us into what he described as huxleys brave new world using the pharma cartels.

This was really interesting, thank you for sharing.

WOW that is a new level of HELL that that expert just INVENTED to cover up for the Vaxx Industry. What a grade A C**T that will be jailed in future as accessory to war crimes. The only PRIMING is Anti-body dependent enchancement which is making people drop like flies from massive responses to the real thing once jabbed. The vaxxed rates of cases and DEATHS and other major adverse reactions are HUGE. So big that the deaths on the CDC system alone, over 31 years, for ALL PRIOR REAL VACCINES COMBINED, will be beaten in just 18 months, if not faster, by these NON VACCINE EXPERIMENTAL TOXIC GENETIC MANIPULATION JABS THAT MUST BE BANNED IMMEDIATELY.

Are those poor health workers in the US whose bodies are constantly jerking since they had the vaccine imagining things? The doctors have no idea how to treat them, it could have ruined their lives for good. Dreadful.

I thought Mr Evans-Pritchard was a financial correspondent/journalist. Has he now been signed up to the Covid Vaccine defence league? These people really are complete presstitutes. There are very few independent thinkers left in the media now, they are all just mockingbird shills.

This argument could work to our benefit. If constantly being told something can make you think you are ill because of that something, then Covid itself – and Long Covid – is a nocebo effect.
Ergo, no vaccine is needed.😃

I see yet another excuse for doctors not to do their jobs properly.

Anyone taking a new untried gene-therapy for a ‘virus’ oops sorry a ‘deadly disease’ with a tiny mortality rate, without researching the history of Big Pharma, Gates Foundation et al not to mention the actual ingredients contained within & in the full knowledge that the manufacturers have no liability whatsoever (due to the ’emergency doncha know) well at this stage of the proceedings, on their own heads be it. No point in further alarming those that have already taken the bait (including many friends of mine sadly) by spelling out future woeful consequences is there?

Big Pharma stooges now know that most people will believe anything if it has a government approval stamp.

I’ve just returned from hospital having had a pre op assessment for a biopsy tomorrow, for suspected throat cancer. I had PCR test. If it comes back positive I won’t be allowed to have the biopsy.

Sending you a hug and a prayer.

Thank you, bless you x

Prayers for you. Hope the test is not sinister too. My friend had a stroke and ambulance did not show for over 5 hours. Had to go by taxi eventually, only to told they would not see him until PCR result was negative!! For a stroke FFS, which last 2019 was a major campaign to treat strokes super fast! The NHS has been destroyed and turned into a death service, rather than selling it off to Trump which everyone feared. Instead they made us SAVE THE NHS whilst having it kills us, not treat us. I sincerely hope you get the proper treatment you require Annette. The NHS is shameful now. Infuture they will have us HATE IT due to Covid, so they can then privatise it, just as priorly planned, but now with everyones approval, as its been turned into a genocide service and Tik Tok dance club,during this absolute Criminal Fraud of Covid19, which seemingly not one health authority can even prove exists. Best wishes, be safe.

Good luck Annette and all the best with your procedure.

I gather there is also evidence that the flu jab had been messed about with using mRNA and when somebody who had it comes into contact with any corona virus or the covid jab it can cause very nasty problems. A close friend in her 80s we know died within three days of getting something like the flu and had only received a flu jab a month before. It’s was the speed she died that bothered us.

Prof. Dolores Cahill talks about the deaths in Bergamo Italy.

Many who died were given some flu jab concoction in October 2019 extracted from ‘dog tissue’ which had regular common or garden type ‘coronovirus’ in the recipe (prior to the Sars Cov 2 outbreak).

They hadn’t a hope in hell!!

And i’d stake my house on it that there’s a common denominator between the flu jab and all Sars Cov 2 deaths globally..

But we’ll never be told of this!!

Of that you can be certain!!

Oh and Dolores Cahill clearly states in this video too (circa 11 mins in) that it would be a biological impossibility for Sars Cov 2 to be circulating in January 2021(or thereafter!)..

So that effectively means..

And yet another little subliminal archetype to influence perception.

It’ll be rampant by the end of the week!

It should be “The No See Effect!”

“Nothing to see here”

“Nothing to see here”

listening to a show while typing, the fool johnson and that fucking freak whitty are on in the background all it would take is two bullets.

You couldn’t make this stuff up. Pretty much anything can be atributed to covid, even “Covid Toe” but illness deriving from the “vax” is imaginary. There’ll be a special place in hell for the bastards pushing this on people.

Will there? If no one believed the fairy tales then the deceptions wouldn’t matter.
As the old saying goes: it takes two to tango.

“Covid Toe” – That sounds like something from Carry on Doctor.
Dr Tinkle (Kenneth Williams) and Matron Hattie Jacques will take a look.