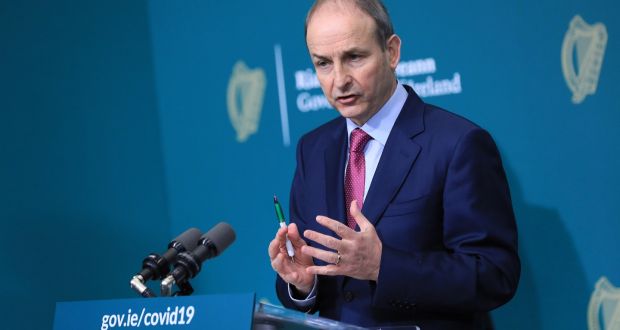 Irish Will Be “Strongly Advised” To Work From Home

RTÉ is reporting this morning that the Irish Cabinet will meet today to discuss a proposal to “strongly advise” people to work from home. According to the national broadcaster:

The move is being described as far-reaching and people will be advised to attend a workplace only when it is necessary.

It follows close to five hours of discussions among the Taoiseach, ministers and health officials at the Cabinet Covid Committee last night.

The Government was last night presented with the prospect that rising Covid-19 numbers could mean that up to 500 people would require ICU care next month.

A recommendation that Digital Covid Certificates would soon be required in gyms, hairdressers and barbers will also be considered.

A plan for subsidised antigen tests is still being worked on.

Imagine, needing to show a health pass to get a haircut.

There’s a terrific article in today’s Telegraph, written by Paul Nuki and Jennifer Rigby. The headline is: From Sydney To Vienna, The Rise Of The Unvaccinated Underclass

It’s behind a paywall, sadly. https://www.telegraph.co.uk/world-news/2021/11/15/unjabbed-sydney-forget-going-friends-house-dinner/

It’s a sobering read. Here are a few lines from it: 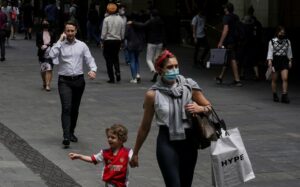 Across the world a new crackdown is gaining pace. It’s not about mask wearing or universal restrictions. This is a crackdown on the rights and freedoms of what, in the developed world at least, is a minority. The unvaccinated……

In Austria, the unvaccinated are only now allowed to leave home for essential work or food shopping, and the restrictions will last for at least 10 days before being reviewed by the government. The police will carry out spot checks in public spaces and substantial fines will be issued to those caught breaking the rules. Failure to co-operate and show your vaccine status will result in an immediate penalty of €1,450…..

On the other side of the world, Australia is putting in tough restrictions for those without jabs as it starts to unwind the “Covid zero” policy that saw foreign travel blocked and state borders closed. Residents of Queensland now have until December 15 to get vaccinated or face difficulty entering public spaces or finding a job. “You won’t be able to hide,” Dr Chris Perry, head of the Australian Medical Association in Queensland, told a local news channel last week. “Life will be miserable…….”

Professor Francois Balloux, director of the UCL Genetics Institute, says the crackdown on the unvaccinated is entering “new territory from an ethical standpoint”.

“I don’t think there’s a textbook of what is ethical in public health but if there is considerable doubt, and it’s not clear what the trade-offs are, then I think generally, an intervention should not be implemented,” he says…..

I can live with it. Don’t get me wrong, I’ll do all that I can with my platform, to reach even more people and alert them to what’s really happening here.

But, I can live without the gym. I run 5 miles a day. I’ll miss the theatre, the cinema, live music and eating out, but I’ll get over that. I’m happy to have groceries delivered, if I’m told that shopping is off-limits.

However, they won’t leave me and mine alone. I’m certain of that. They will come for me before too long. They’ll come for you too.

Richie Allen is the host of The Richie Allen Radio show, Europe's most listened to independent radio show and is a passionate supporter of free speech. He lives in Salford with the future Mrs Allen and their two dogs.
All Posts
5 3 votes
Article Rating
Subscribe
Login
Please login to comment
10 Comments
Inline Feedbacks
View all comments

He’s been told what to say.

This is a fact.

Why work from home when you have a safe & effective jab

Gerry(@gerry)
Reply to  Someone somewhere

Exactly!
And why show a health passport to anyone indicating your jabbed when it proves “absolutely nothing about your current health status”.. ?

Surely they will Richie and undoubtedly this latest move by Martin and Co. is the next cunning and calculated ‘locked step’ of their participation in the globalist Agenda 21/30 roll out.

Here’s but one last bastion of hope to be had on the island of Ireland.

They are the
“Irish Council For Human Rights”

Headed by some highly qualified and honourable academics.
(To include Barrister at Law Tracey O’Mahony and Dr. Patrick Morrissey)

Here is a link to a recently launched 5 minute survey for anyone living on the island to participate in should they choose.

I would highly recommend anyone who can to do so and in turn to pass it on to friends and family.

“Stupidity is dangerous, predictable and consistent…

Here’s an excellent and related article describing how this discrimination is taking shape here in Ireland and who’s advocating it.

Eg. The ‘rat-line’ as suggested/promoted/endorsed by various political parties and their shameful leaders.

Last edited 20 days ago by Gerry
3

Excellent article. The minute the Catholic church started to lose its grip on society another form of control came along. There is a certain mindset that can’t bear freedom and they always seem to manage to get into the top positions.

Yes.
TV induced mind control!!
And now digital mind control through these very same technologies we’re using to communicate here and now… Only it’s going up a few notches Jennie.
And it’s working a charm as the majority 😷 can’t be unplugged!! (Except only to be plugged 💉!!)
The certain mindset you speak of know only too well what they’re doing, but will always do what their handlers instruct them to.
Same ol.. same ol!

And the show goes on.

I think you left out a word, Jennie. Surely you meant to say “get placed into the top positions?

I’ve completed it and I’ll definitely pass it on. Thank you for sharing.