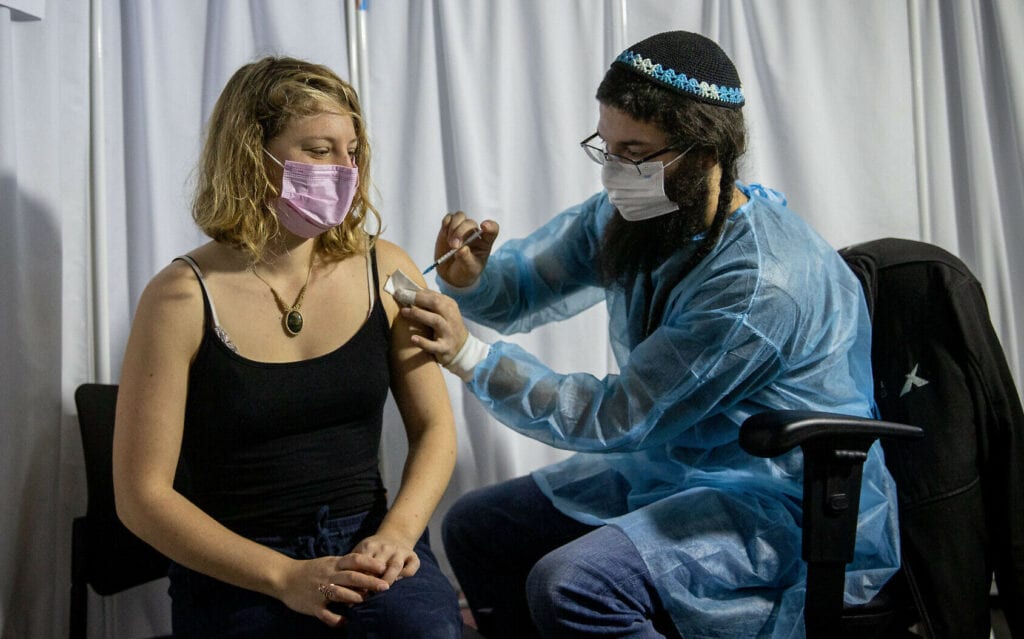 Israel To Ban Citizens From Gyms, Cafés and Shops If They Refuse Vaccine

SKY News correspondent Mark Stone is in Tel AVIV today, reporting on Israel’s vaccine roll-out. Israel offered the jab to everyone over-16 at the beginning of this month. Since then, uptake has dropped significantly. Younger people are reluctant to be vaccinated. The country’s Health Minister has proposed that the unvaccinated be excluded from museums, cinemas, shops and cafés. Taking to Twitter Health Minister Yuli Edelstein declared:

“Decide whether you are part of the celebration or whether you will be left behind. Just lend a shoulder to the vaccine.”

The Health and Culture ministries confirmed yesterday, that museums, libraries, concert venues and other cultural events will reopen later this month, but only to those who have been vaccinated.

Israel is blaming misinformation and fake news for the low uptake amongst the young. The government set up a digital task force to counter the alleged misinformation on the coronavirus vaccines. Incredibly, DJ’s have been sent to vaccination centres to lure the kids and free food has been offered as a further incentive. They, and by they I mean our governments and their advisers, are desperate for us to take this vaccine. The only question of any value now is why?

Morgan would undoubtedly have told his viewers back in 2009, that they should have the Pandemrix Swine Flu Vaccine, to protect themselves and others. Then, when people began dying and coming down with narcolepsy, he would have ignored it. Nothing to see here and all that. Morgan is wretched, but he’s not alone. Raab made his chilling comments on domestic vaccine passports nearly 24 hours ago.

There isn’t so much as a murmur of dissent in today’s British newspapers. It is no exaggeration to say now, that the UK is a fascist state. Did you ever imagine that your government would threaten to destroy your life, if you didn’t consent to being vaccinated? Welcome to Dystopia.

Richie Allen is the host of The Richie Allen Radio show, Europe's most listened to independent radio show and is a passionate supporter of free speech. He lives in Salford with the future Mrs Allen and their two dogs.
All Posts
5 6 votes
Article Rating
Login
Please login to comment
4 Comments
Inline Feedbacks
View all comments

Even if this virus was real, which it isn’t, the official death figures would in no way justify this level of hysteria and control. After the epidemic of 1918/1919 people just got on with their lives and it went away.

Too right this is fascism. Nothing more, nothing less. The question is though, where are all these so-called ‘antifascist’ organisations, condemning all this and calling it out for what it is? Or do they only come out of the woodwork whenever there’s an EDL or BLM rally taking place?

The constant promotion of ‘virtue signalling’ is coming home to roost. Yes, there are those who will have it because they just want to get on with ‘normal’ life; but the self righteous virtuousness will account for a great many.

Last edited 1 year ago by Craig
8

It’s a case of seeing the signs, but not truly understanding the importance and dangers of those signs.